Jul 24 In Greece, a moderate-conservative politician, Constantine Karamanlis, is sworn in as interim prime minister. He is intent on preparing the country for elections.
Sep 8 President Ford pardons former President Nixon for any crimes Nixon may have committed while in office.

More Information and Timeline for Nixon’s Resignation
United States President Richard Nixon resigns from office on the 9th of August, 1974. He had previously announced his intention to resign the previous day during a televised address to the nation. Nixon had been facing near certain impeachment and conviction by the US Congress after his involvement in the Watergate Scandal.

More Information and Timeline for the Rumble in the Jungle
1. Muhammad Ali, a legendary boxer considered to be the greatest of all time by many, was stripped of his heavyweight title for refusing the Vietnam war draft in 1967. He was also banned from boxing for several years.
2. Muhammad Ali and the current heavyweight champion at the time, George Foreman, agreed to fight for the title in 1974.
3. The former champion would face off against Foreman, a twenty-five year old undefeated champion for a five million dollar purse in a boxing match to be held in Kinshasa, Zaire. Promoter Don King labeled the fight the вЂњRumble in the Jungle.вЂќ
5. AliвЂ™s strategy was to let Foreman hit him until he was too tired and then Ali would come at him with a series of quick punches until he won by a knockout, a technique labeled by AliвЂ™s trainer as the вЂњRope-a-Dope.вЂќ
6. Ali defeated Foreman by knockout in the eighth round of the boxing match, becoming only the second former heavyweight champion to regain his title. 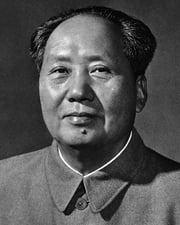 The Heimlich maneuver for rescuing choking victims is published in the journal Emergency Medicine
The Universal Product Code is scanned for the first time to sell a package of Wrigley’s chewing gum at the Marsh Supermarket in Troy, Ohio