• When time and space are turned upside down, things aren’t always where you left them. That’s equally true for things as well as people, and you’ll find yourself searching the galaxy for the weapons, tools, uniforms, and other equipment your crew need to perform their duties. But there’s a way to find these items that doesn’t require you to spend credits, dilithium, chronitions or even a great amount of time – all you need is a little luck and a lot of Merits.
• Picture this (or maybe you’ve been there): you’ve just found your favorite once-in-a-lifetime crew, but your Crew Quarters are full and you don’t have the credits or the dilithium to purchase more slots. What’s a captain to do? Send someone to the Cryostasis Vault, of course. This recently released feature allows you to safely dismiss a maxed out (or Immortalized) crew member without losing them forever. If you need them to return to active duty, you can reactivate them for Merits – sweet, sweet, easily obtainable Merits – once per day. The more Immortalized crew you have, the more slots you can free up in your Crew Quarters at a moment’s notice.

You can choose your name and portrait at an early Captain level. A small number of portraits are available to begin. It’s possible to earn a crew member’s portrait as your own Captain portrait by leveling-up that crew member.
Traits provide boosts on certain nodes [1], typically ones with Rare Rewards as noted by the star symbol [3] below a node. For a chance at earning a Rare Reward, your crew must have a high enough skill to achieve a critical success on the node. Once you’ve earned a Rare Reward the star symbol will disappear, noting the reward has been acquired. 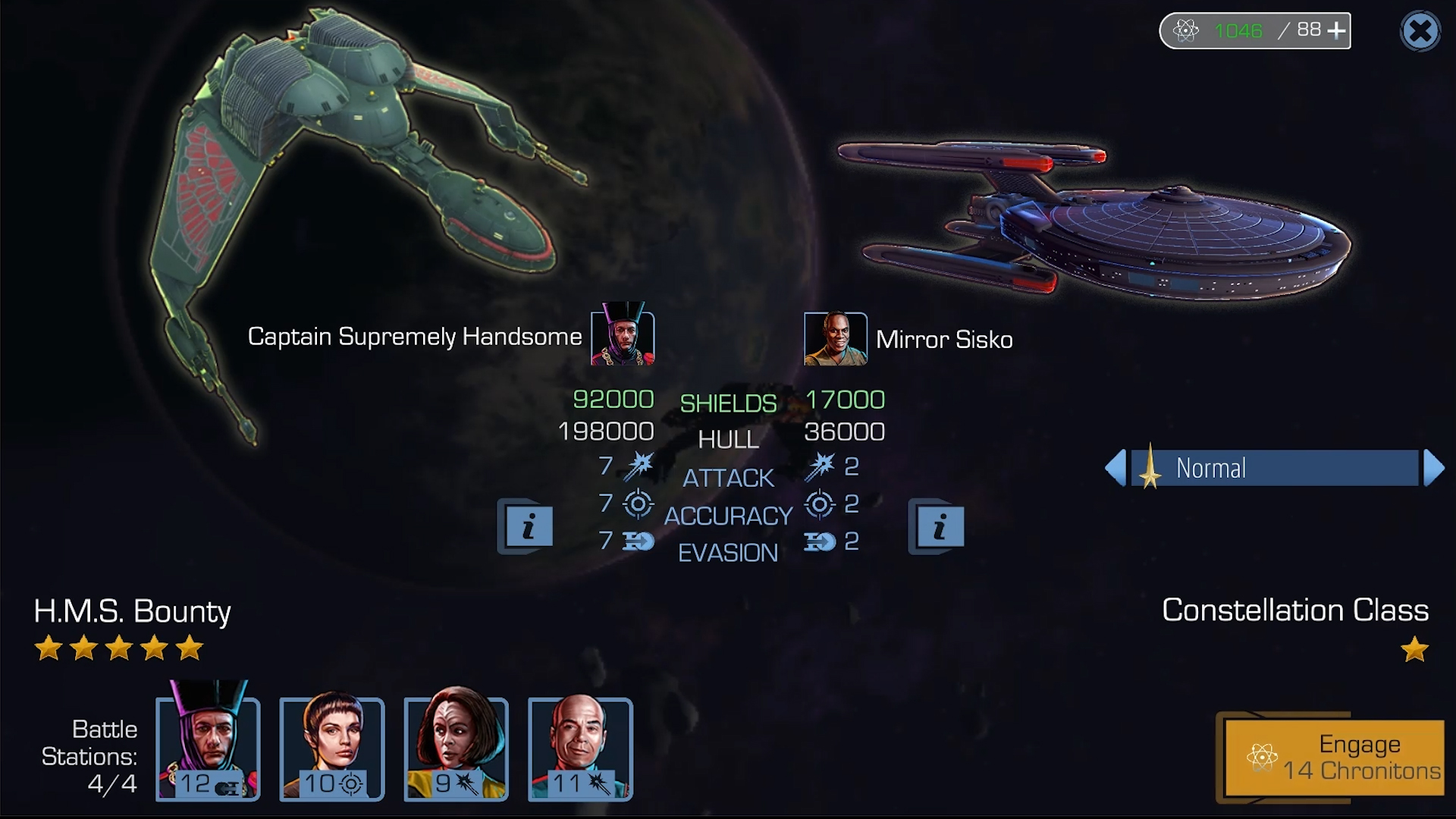 At each level of advancement, Enterprise-D Picard will either need a more rare Earl Grey tea or even a new item altogether. This is true of any crew in STAR TREK TIMELINES, and so you’ll often have several Earl Grey teas or Type 2 Phasers in your inventory.
Ah, delicious Earl Grey. The “Advance” button is now gold, and on the right we see Picard’s portrait also has a gold circle “!” notification.

The most important thing about becoming a good played in STT, be it with or without paying, as to keep yourself well informed. As such, I have prepared a few links for you to check.
The Super Rare and Legendary crew members are the most sought after in the game, and you will absolutely need a good amount of them to complete all campaign missions, do successful away missions, perform well in events and become a powerhouse in the Gauntlet. I would strongly suggest focusing on the Super Rare crew first – they will be the ones doing more than 50% of your away missions, and only work with legendary crew when you have a good chance of improving them to at least 3/5 stars. This is where things get rough, because you will most likely be hard pressed to keep a copy of a valuable crew in the hopes that you get more of them through events and the portal. It is at this point of the game where you will very much feel in the need of more crew slots. As usual, you will need to select super rare crew that will both do well on campaign missions, and in the gauntlet. This is why I have prepared a sample list of a number of officers per skill to be on the lookout for.

Campaign Missions are a great way to start the game in Star Trek Timelines. Chances are, you won’t be able to complete more than a couple of full episodes, especially not if you’re trying to earn 3-star victories on all missions. However, the number of missions you do complete will grant you a quick boost to resources, gear, and other useful stuff, while also giving you the possibility to choose new crew members.
Some of the characters will be more important than others, so it might be a good idea to check out our compendium of the best crew members for F2P players before you start. Like with Picard, you wouldn’t want to miss on a useful addition to your crew just because you’re not yet familiar with the way missions work.