George S. Mickelson, South Dakota Governor, and several representative of the nine tribal governments in the state announce 1990 as a Year of Reconciliation. In 1991, a Century of Reconciliation is declared.
June 25, General Custer attacked an Indian settlement. Sitting Bull, Gall, Crazy Horse, and many Cheyenne leaders defeated Custer and the 7th Calvary at the Battle of Little Bighorn. Custer lost all 200 men in the battle. 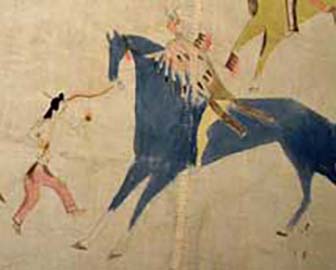 The Sioux Indians actually came to North America from the continent of Asia. The name Sioux actually means “little snake”, which was given to the tribe by the Chippewa Indians. The features of Sioux Indians that particularly stand out is their long, straight jet-black hair, representative of people descending from Asia.
Generally, the Sioux Indians were nomadic, meaning that they never really stayed in one place for a very long amount of time. Typically they followed the pattern of the buffalo, assuring them that there would be food and clothing wherever they traveled. The Spanish introduced horses to the Sioux in the 1500’s. Once they began to use horses as a means of carrying articles and transportation, life became much easier, particularly since they were living a nomadic lifestyle. The tribe had chiefs designated for various aspects of life, including war, civil rules, and of course, medicine men. The men of the tribe could become chiefs eventually if they demonstrated strong warrior skills.

Paleo Indians by Heinrich Harder 1919
“Being Indian is an attitude, a state of mind, a way of being in harmony with all things and all beings.” – Brooke Medicine Eagle 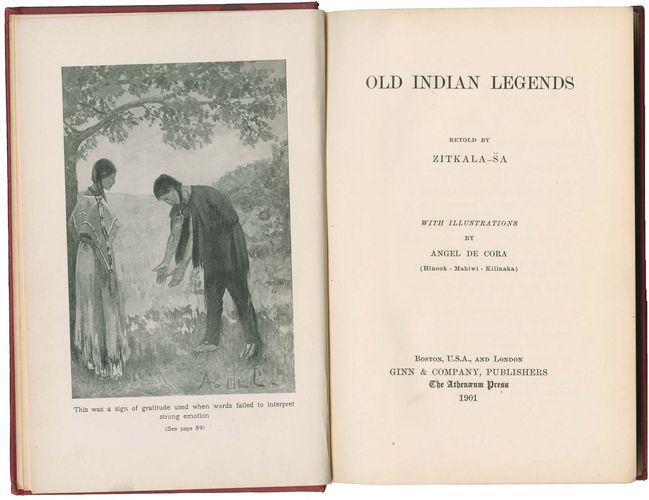 Religion was an integral part of all aspects of Sioux life, as it was for all Native American peoples. The Sioux recognized four powers as presiding over the universe, and each power in turn was divided into hierarchies of four. The buffalo had a prominent place in all Sioux rituals. Among the Teton and Santee the bear was also a symbolically important animal; bear power obtained in a vision was regarded as curative, and some groups enacted a ceremonial bear hunt to protect warriors before their departure on a raid. Warfare and supernaturalism were closely connected, to the extent that designs suggested in mystical visions were painted on war shields to protect the bearers from their enemies. The annual Sun Dance was the most important religious event.
Although the Native peoples of the Plains had putatively accepted some development in the West by agreeing to the terms of the First Treaty of Fort Laramie, many were soon dissatisfied with the extent of encroachment on their land. In 1865–67 the Oglala chief Red Cloud led thousands of Sioux warriors in a campaign to halt construction of the Bozeman Trail. In December 1866, warriors under Chief High Backbone drew a U.S. military patrol from Fort Phil Kearny into an ambush. The patrol’s commanding officer, Capt. William J. Fetterman, ignored warnings that the Sioux often used apparently injured riders as decoys to draw their enemies into poorly defensible locations. Fetterman led his men in chase of such a decoy, and the entire group of some 80 U.S. soldiers was killed; the decoy was Crazy Horse, already displaying the characteristics that later made him a major military leader among his people. The worst U.S. defeat on the Plains to that point, the so-called Fetterman Massacre reignited the anti-Indian sentiment that had flared in the eastern states after the Sioux Uprising of 1862.

December 15, 1890: Sitting Bull is killed during a confrontation with Indian police in Grand River, South Dakota.
As part of this federal push for assimilation, boarding schools forbid Native American children from using their own languages and names, as well as from practicing their religion and culture.