Middle Ages, Medieval Times, Dark Ages: What’s the Difference?
Although the term Middle Ages covers the years between 500 and 1500 throughout the world, this timeline is based on events specifically in Europe during that time. Go here to learn about the Islamic Empire during the Middle Ages.

No one “won” the Crusades; in fact, many thousands of people from both sides lost their lives. They did make ordinary Catholics across Christendom feel like they had a common purpose, and they inspired waves of religious enthusiasm among people who might otherwise have felt alienated from the official Church. They also exposed Crusaders to Islamic literature, science and technology–exposure that would have a lasting effect on European intellectual life.
The plague killed cows, pigs, goats, chickens and even sheep, leading to a wool shortage in Europe. Understandably terrified about the mysterious disease, some people of the Middle Ages believed the plague was a divine punishment for sin. To obtain forgiveness, some people became “flagellants,” traveling Europe to put on public displays of penance that could include whipping and beating one another. Others turned on their neighbors, purging people they believed to be heretics. Thousands of Jews were murdered between 1348 and 1349, while others fled to less populated areas of Eastern Europe. 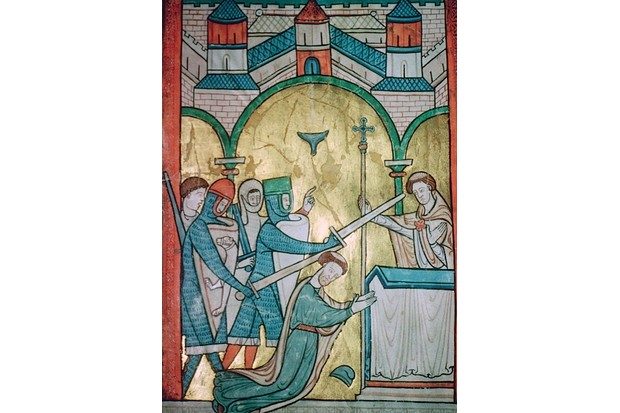 The summer of 1348 saw the first outbreak of the bubonic plague in England, leading to an epidemic of huge proportions. The disease is estimated to have killed between a third and a half of the population – a devastating and unprecedented death rate.
Sealed by King John at Runnymede on 15 June 1215, Magna Carta (meaning ‘great charter’) has become one of the founding documents of the English legal system.

1155 A student of Peter Abelard, Peter Lombard, writes the Book of Sentences which answers fundamental questions of theology with passages from the Bible and various Christian thinkers. His book becomes a standard text in all universities by the thirteenth century.
1400 Czech students of John Wyclif bring Wyclifism to the Bohemian capital of Prague. Preacher John Hus (1373-1415) adopts Wyclif’s theories to support his own claims against ecclesiastical extravagance. The Northern provinces of Italy devise their own systems of government. The government of Venice becomes a merchant oligarchy; Milan is ruled by dynastic despotism; and Florence becomes a republic, ruled by the rich. The three cities expand and conquer most of Northern Italy.