What happened in 1965 Major News Stories include Mary Quant designed Northeast blackout including Parts of Canada and U.S. North East, Mini Skirt appears in London, Dr. Martin Luther King Jr. leads civil rights march in Alabama from Selma to Montgomery, The Voting Rights Act, guaranteeing African Americans the right to vote becomes law, Operation Rolling Thunder Launched In Vietnam, St. Louis, Gateway Arch is completed, Race Riots Break Out In Watts, California
1965 the war in Vietnam continues to worsen as whatever the Americans do including major bombing of North Vietnam they continue to lose more men , at the same time the Anti-War movement grows and on November 13th 35,000 march on Washington as a protest against the war. There is also civil unrest with rioting, looting and arson in Los Angeles. This was also the first year mandated health warnings appeared on cigarette packets and smoking became a no no. The latest craze in kids toys was the Super Ball and The Skate Board. Fashions also changed as women’s skirts got shorter men’s hair grew longer as the The miniskirt makes its appearance. The word Hypertext is created to describe linking in early computer systems and computer networking. The St Louis Arch is completed and The Beatles release 4 new albums including “Help”.

Troubles in the Dominican Republic began in 1961, when long-time dictator Rafael Trujillo was assassinated. Trujillo had been a brutal leader, but his strong anticommunist stance helped him retain the support of the United States. His death led to the rise of a reformist government headed by Juan Bosch, who was elected president in 1962. The Dominican military, however, despised Bosch and his liberal policies. Bosch was overthrown in 1963. Political chaos gripped the Dominican Republic as various groups, including the increasingly splintered military, struggled for power. By 1965, forces demanding the reinstatement of Bosch began attacks against the military-controlled government. In the United States government, fear spread that “another Cuba” was in the making in the Dominican Republic; in fact, many officials strongly suspected that Cuban leader Fidel Castro was behind the violence. On April 28, more than 22,000 U.S. troops, supported by forces provided by some of the member states of the Organization of American States (a United Nations-like institution for the Western Hemisphere, dominated by the United States) landed in the Dominican Republic. Over the next few weeks they brought an end to the fighting and helped install a conservative, non-military government.
In an effort to forestall what he claims will be a “communist dictatorship” in the Dominican Republic, President Lyndon B. Johnson sends more than 22,000 U.S. troops to restore order on the island nation. Johnson’s action provoked loud protests in Latin America and skepticism among many in the United States.

The U.S. public largely supported the move. A Gallup poll in May 1965 found only 26 percent of the public believed that sending troops to Vietnam was a mistake. By November 1965, with tens of thousands more Americans in Vietnam, the figure actually dropped to 21 percent.
Results of the bombing proved disappointing, fueling Johnson’s personal skepticism about air power. Even before ordering Rolling Thunder, Johnson told Taylor, “I have never felt that this war will be won from the air.” Instead he urged greater use of Marines and special operations units. “I myself am ready to substantially increase the number of Americans fighting in Vietnam.”

The United States also bombed the Ho Chi Minh trail, a supply line used by the North Vietnamese to aid the Vietcong . The trail meandered through Laos and Cambodia, so the bombing was kept secret from the Congress and the American people. More bombs rained down on Vietnam than the Allies used on the Axis powers during the whole of World War II.
It soon became clear to General William Westmoreland , the American military commander, that combat troops would be necessary to root out the enemy. Beginning in March 1965, when the first American combat troops waded ashore at Danang, the United States began “search and destroy” missions. 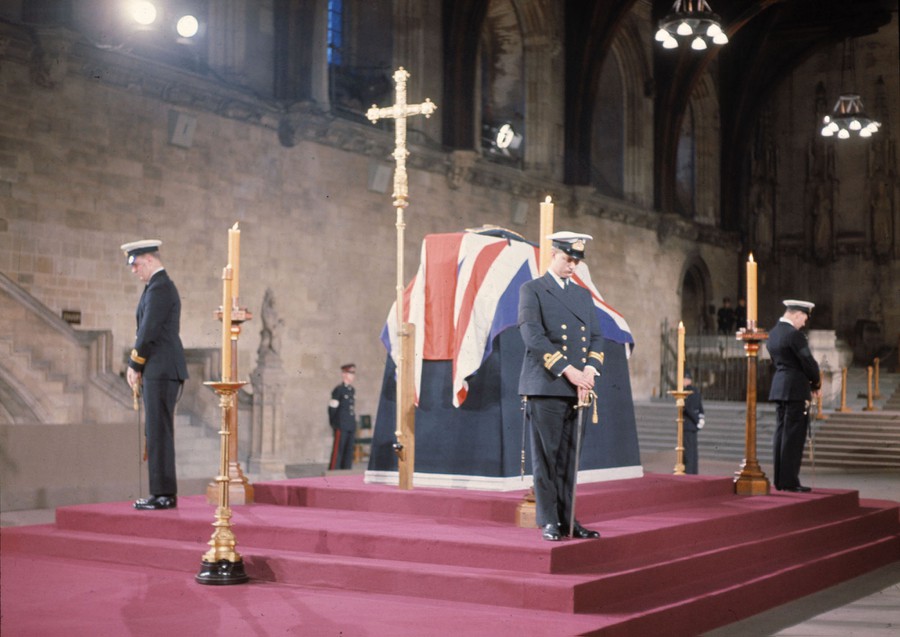 State troopers swing billy clubs to break up a civil rights voting march in Selma, Alabama, on March 7, 1965. John Lewis, the chairman of the Student Nonviolent Coordinating Committee (in the foreground) is being beaten by state troopers. Lewis would go on to become a U.S. congressman, elected as the representative for Georgia’s 5th congressional district in 1986. #
A half-century ago, the war in Vietnam was escalating , the space race was in full swing, the Rolling Stones were on a world tour, the bravery of those who marched to Selma led to the passage of the Voting Rights Act, and the St. Louis Arch was completed. The United States occupied the Dominican Republic, Malcolm X was assassinated, NASA’s Mariner 4 flew by Mars, race riots erupted in Watts, California, and Muhammad Ali defeated Sonny Liston. Let me take you 50 years into the past now, for a photographic look back at the year 1965.